The fun of alter egos is that you get to un-brand or re-mix yourself. We are constantly living in a world with self-commodifying pressures, from the social media sites where we package ourselves to the practice of resumé creation or networks like LinkedIn that ask us to serve up cohesive and linear narratives of our functional time spent on earth. The radical idea that we are living in a constant ebb and flow or that ‘self’ might be an illusion altogether goes against the mechanics of our age where individualism has become the primary interface for interaction — and where homo economicus (the rational, utility-maximizing agent) pre-supposes an atomized ‘I’ for engaging in our economic systems.

Against this backdrop, alter egos are a minor insurgency to the systems that freeze us in rituals of routine. Alter egos are a transgressive space for expressive subjectivity to emerge and breakthrough the packaging we’ve created for ourselves. Alter egos are a bridge between the self we are and all the possibilities of who we might be.

Let Your Alter Ego Be Your Worker Bee 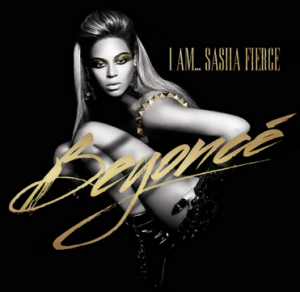 Beyoncé used her alter ego Sasha Fierce as a tool for experimenting with a more brass sexuality, while keeping her more modest self intact. In 2010, the singer told the world that she had killed off Sasha Fierce because she ‘didn’t need her anymore.’ Beyoncé had used Sasha to explore more sexual overtures in her work, but over time, she was able to integrate Sasha into herself more harmoniously. Reflecting on the experience Beyoncé says, ‘It’s all pieces of me, and just different elements of a personality of a woman, because we are complicated.’

Similarly, David Bowie has shared how his notorious alter ego Ziggy Stardust enabled his songwriting. Bowie found it difficult to write for himself. But writing for Ziggy was easier. He admits Ziggy only had one or two albums in him and then he had to move on to a different rock character. Next up was the ‘Thin White Duke,’ a cabaret persona Bowie cultivated in Berlin during a cocaine-filled residency. The Duke was described as an ‘amoral zombie’ and an ‘emotionless Aryan superman.’ Bowie’s alter egos allowed him to tap a particular voice for his songs. As much as his personas were outlets for creative self-expression, they were also worker bees for his rock star vocation, an identity Bowie never quite felt comfortable inhabiting as himself.

An Escape From Stagnation 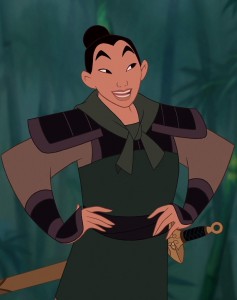 In stepping into alternative personas, we try to break the ties of a stagnating self to explore new forms of expression. This type of ‘identity hacking’ is particularly acute in relationships, where others — due to their own needs for stability or for the sake of efficiency — can often put us in boxes.

The challenge is that as others gain encyclopedic knowledge of our character, our own self-knowledge can come to be defined by another’s gaze. To break the mirrors that others hold to us we may travel, we may abruptly break off ties, we may withhold ourselves (retreating inwards), or we may squirm, struggling to assert our freedom in passive aggressive outbursts. Of course, there are also far more mature solutions for reclaiming personhood in relationships, involving patient communication and endurance. But sometimes our growth requires us to act the saboteur, to break the Kantian matrix of reality, to change the rules. 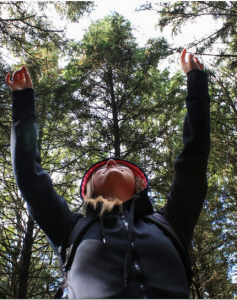 Here are some links to further resources on alter egos:

My very own alter ego, The Amish Futurist, out and about in NYC. And later, at TEDx San Miguel de Allende.

British performance artist, Marvin Gaye Chetwynd, on her explorations of persona and why she changed her name to Marvin Gaye.

A summary of a salon discussion we had in San Francisco on the topic of alter egos.

A version of this post originally appeared on Medium as a series of excerpts from Alexa Clay’s Wisdom Hackers dispatch, where she spent 8 weeks exploring the philosophy and intentions behind alter egos.