I don’t mean where you grew up, went to school, got your first job, etc. I mean what’s your STORY? What narrative have you constructed from the events of your life? And do you know that this is the single most important question you can ask yourself?

According to the fascinating field of “narrative psychology,” the stories we tell about ourselves are the key to our well-being. If you’ve interpreted the events of your life to mean that you’re unlucky or unwise, it’s hard to look optimistically at the future. Conversely, if you acknowledge that you’ve made mistakes and faced difficulties but seek (or have already glimpsed) redemption, you’ll feel a much greater sense of agency over your life.

That time you were laid off, for example, is it further proof that your career’s going nowhere? Or is it the best thing that ever happened, liberating you to find work that suits you better?

What about your divorce? Is it a sign you’re unlucky in love or a difficult passage to a more hopeful romance?

The idea is not to delude yourself that bad things are actually good. It is, instead, to find meaning in the progression from one event to the next. It is to recognize that everything constantly changes. In your life, you will move from triumph to heartbreak to boredom and back again, sometimes in the space of a single day. What are you to make of so many emotions, so many events?

The facts matter less than the narrative.

Once upon a time, an 18-year-old Frenchwoman named Sophie Serrano gave birth to a baby girl, who suffered from neonatal jaundice.

The baby spent her first days in an incubator under artificial light and was returned to her mother four days later. Unbeknownst to Sophie, it wasn’t her baby. It was another 4-day-old with jaundice. The nurse had switched the babies by accident.

Sophie named her daughter Manon. As she grew older, Manon looked nothing like her parents. She had darker skin and frizzy hair, and the neighbors started to gossip about her origins.

But Sophie never faltered. The nurse had explained that the artificial light used to treat jaundice could affect hair color. Even more, Sophie loved Manon. She knew the story of her life: her cries, her coos, her first words.

It was only when Sophie’s husband accused her of giving birth to another man’s baby that she went for paternity tests and discovered that her husband was right (sort of). The baby, then aged 10, wasn’t his, but she wasn’t Sophie’s either. She belonged to another set of parents, who had been raising Sophie’s biological daughter in a town several miles away.

It’s a typically fascinating “switched at birth” tale. But here’s where it takes an unexpected turn.

A meeting was arranged for the two mothers and their daughters. Sophie saw that her biological daughter looked just like her in a way that Manon did not and never would.

But she felt no connection to this other girl. It was Manon she had nursed, Manon whose nightmares she’d soothed, and Manon whose stories she knew. This other daughter looked just like Sophie—but what did that even mean, when she didn’t know her stories? The other mother felt the same way.

Our stories are everything. They are the heart of love and of meaning.

So what is your story?

1. “Declare yourself” to your colleagues at work.

Doug Conant, the much-admired former CEO of Campbell Soup and founder of Conant Leadership (and one of my favorite people), is an introvert who’s not inclined to schmooze and self-disclose. So he scheduled “Declare Yourself” meetings, one at a time, with each of his direct reports. The purpose of these meetings was to tell his employees his story: how he liked to work, his management philosophy, and the things and people that mattered to him most. (We at Quiet Revolution are partnering with Conant Leadership to develop a “Declare Yourself” tool that you can use with your colleagues. Stay tuned on that.)

A few weeks ago, I told my 7-year-old son about a story I’m writing for kids. I mentioned that I’d been working on this story for months. “How come you never told me before?” he wanted to know. He was genuinely shocked—maybe even a little hurt—that I’d kept the plot points to myself. “I guess I didn’t think you’d be interested,” I told him truthfully. He is obsessed with soccer and ice hockey, and mine is a story of girls, time travel, and shyness. But it bothered him that I had a story I’d chosen not to mention. From now on, I’ll err on the side of sharing the things I dream up even if they have nothing to do with soccer balls and hockey pucks.

3. Tell your story to yourself—and make sure you tell the right one. 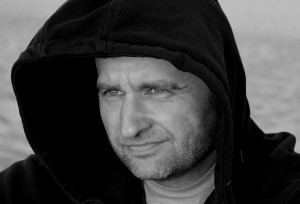 If you’re having trouble constructing an honest yet positive life narrative, here is an exercise to help you. Just ask yourself these three things:

Can you think of an early part of your life when you felt strong and happy? If you had a difficult childhood or other challenges that prevent you from identifying this starting place, try thinking of the time when you were still cradled in the womb.

What was the challenge, or series of challenges, that came along to threaten your strength and peace?

Can you find meaning in these challenges? You don’t need a classic happy ending as long as you’ve found meaning. And don’t worry if you’re not there yet. Just think of the outcome you’d like to see one day. And remember the words of mythologist Joseph Campbell: “Where you stumble is where your treasure lies.”